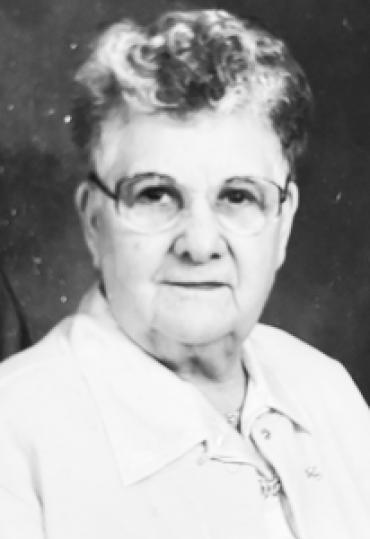 Lois J. Ziegler, formerly of Neillsville, died March 13, 2022, in Sunburg, MN. Lois June Ziegler was born in Detroit, MI, June 21, 1921, to Edwin and Christine (Tena) Hanchman. She was the third of three daughters (Ruth and Vi) and enjoyed a close relationship with her sisters. On Jan. 11, 1941, Lois was united in marriage to Eugene John Heinz and resided in Alexandria, LA, on Camp Livingston. Shortly after marriage, Eugene received orders to depart to Australia and later died June 7, 1942. To this marriage one son was born, Terry Gene. After Gene’s death, Lois and Terry returned to Mt. Pleasant, MI, and later Neillsville, to work and live with family.

Lois later reunited with her junior high classmate, Harold Ziegler, in a small restaurant in Neillsville. They married July 10, 1947, and resided in Eau Claire for 25 years. To this union four children were born, Sheryl Ann (died in infancy), Daniel, Robert and Timothy. They then moved to Benson, MN, in 1969, where they owned and operated a Dairy Queen for 26 years. They enjoyed volunteering at St. Francis school, church rosary group and fundraising for diabetes research and education through bike-a-thons. Lois always said the Lord blessed her with two wonderful men.

A graveside service will be held at 1 p.m. Saturday, May 7, 2022, at St. Mary’s Catholic Cementary in Neillsville. Funeral services for Lois June Ziegler were held Friday, March 18, 2022, at 1 p.m. at St. Francis Catholic Church in Benson, MN, with visitation one hour prior to the service.