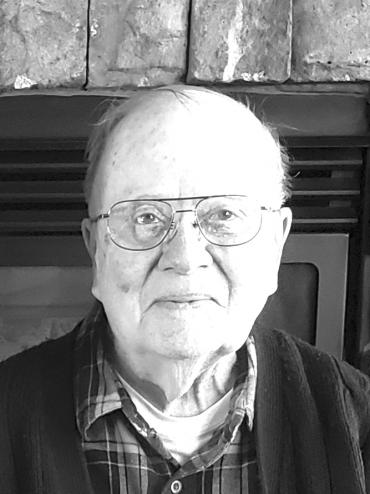 Laverne Hammen, 90, died Thursday, Aug. 4, at The House of the Dove in Marshfield, WI.

Laverne Erickson Hammen was born March 10, 1932, to Clarence and Dina (Erickson) Hammen. He grew up on the family farm in Cambridge, WI and graduated from Stoughton High School in 1950. He was drafted in 1951 into the Marines where he served as a radio operator from 1951-1953 during the Korean War. When he returned from the service, he worked at Gisholt Machine Company as an inspector. He was united in marriage with Sandra (Moen) July 6, 1957. They recently celebrated their 65th wedding anniversary.

In 1971, Laverne and Sandra moved from Cambridge, WI, to Neillsville. In 1973, they purchased their beloved farm where they lived until March 2022. Laverne worked in Neillsville as an inspector at Nelson Filter, which later became Cummins. He has been retired for 27 happy years. He and Sandra moved to the Aster Assisted Living Facility in Marshfield March 1 after Laverne had been diagnosed with acute myeloid leukemia in late January 2022.

Laverne was a member of the Calvary Lutheran Church, and he enjoyed participating in many activities there, as well as spending time on his farm and with his family.

He is survived by his wife, Sandra, and his two children, son John Hammen and his wife, Pam, of Mt Horeb, WI, and daughter Cynthia Topel and her husband, Bill, of Warrenville, IL. He has six grandchildren: Joshua Waggoner and wife Krissy of Minong, WI, Mikayla Hammen and Forrest Hammen of Madison, WI, Alexis Topel of New Orleans, LA, Carter Cooley and Cameron Cooley of Warrenville, IL. He also has four great-grandchildren: Zoey, Bella, Scarlet and Joshua John (JJ), children of Josh and Krissy Waggoner of Minong, WI. He also has a brother, Francis Hammen, and his wife, Ingrid, of Port St. Lucie, FL.

He is preceded in death by his parents, Clarence and Dina, and three siblings, Alvin, Ilene and Clifford.

Laverne’s family would like to thank the staff at the Marshfield Hospital, the Three Oaks Nursing Facility and especially the staff at The House of the Dove Hospice Center for their excellent support and care of Dad during his last few days.

In lieu of flowers, the family would prefer donations in Laverne’s name to The House of the Dove Hospice Center in Marshfield, WI, or to the American Leukemia Association.

Online condolences can be made at www.geschefh.com.