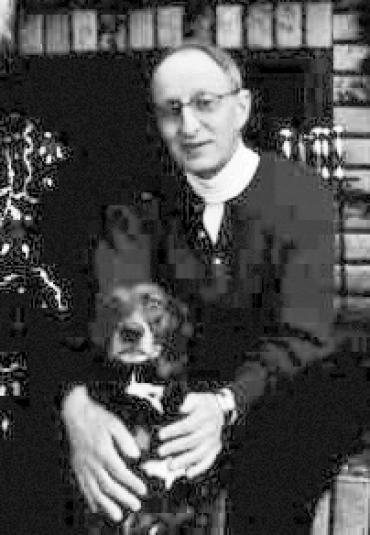 Harland Palmer Larson was born Feb. 18, 1932, in Alma Center, the son of Lawrence and Palma Larson. He graduated from Lincoln High School in Alma Center in the spring of 1951, and after graduation, he worked for the Blair Canning Company. In the fall of that year, he attended technical school in La Crosse to learn all he could about working on automobiles, which was his lifelong dream. Despite his severe hearing loss, he graduated and then worked at American Motors in Eau Claire for training on wheel alignment. He worked in Milwaukee for a trucking firm for about four months, but did not like the city life and returned to Alma Center, where he worked with his dad at the Alma Center Garage.

Harland lived close to the Alma Center School District and drove school bus for 14 years. He was offered the job of managing the entire fleet of busses, which he did until 1969. Clifford Gross then asked him if he would come to work for Gross Motors. Harland accepted the job offer and worked there, as a wheel alignment specialist until he retired at the age of 85.

Harland met his wife, Frances Geisler in 1952. They married Sept. 1, 1956. They purchased a Sears and Roebuck home and built it in Alma Center, where he and Fran lived for many years. They both had jobs. Harland drove to Neillsville and Fran to Black River Falls. In 1975, they moved to Neillsville. They bought a home on East 2nd Street and lived there for five years. Then they finally found their dream home in the country and lived there for 21 years, before moving to State Street in Neillsville, where they have lived for 20 years.

He enjoyed riding bike and helped with the baking, because he loved his sweets. His last request in the hospital was for a chocolate chip cookie.

They were both involved in volunteering for over 40 years. Because of their love of animals, they began getting involved with the Clark County Humane Society. They worked with the program since its inception in 1988. They started out volunteering, but gradually worked into fundraising to raise much needed funds for spaying and neutering. They both worked at this for 18 years. Harland also got talked into helping the ladies gather recipes for the first Clark County Humane Society cookbook, titled “Favorite Recipes from Our Best Cooks.” He was just as excited as the ladies when the first edition was printed in June of 2000.

He is survived by his wife, Fran, the love of his life for 64 years; two precious kitties, Carmel and Blackie; and adopted daughter Teresa (Charles) Ausman of Pepin; and a sister, Lorraine (Fred) Gee of Eau Claire.

He was preceded in death by his grandparents, and 12 companion, adorable, furry friends.

Harland’s family will greet friends and family from 4 to 8 p.m. Thursday, June 16, 2022, at the Gesche Funeral Home in Neillsville.