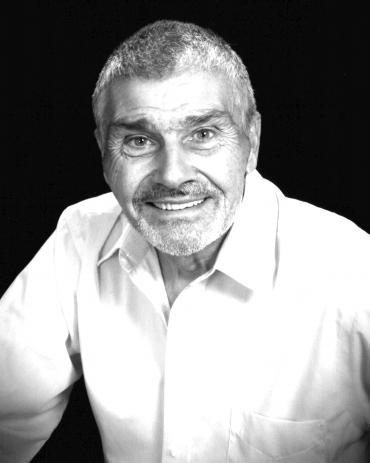 A Memorial Service will be held at 11 AM on Tuesday, August 16, 2022 at St. John’s Lutheran Church in Spencer with Rev. Mark Krueger officiating. Following the service, he will be laid to rest in West Spencer Cemetery in the Town of Sherman. Family and friends are invited to gather at the church on Tuesday from 9 AM until time of service.

Jerry was born on January 1, 1943 in Marshfield, Wisconsin; the son of Glenn and Anita (Ratsch) Marden. He was a graduate of Neillsville High School. On December 5, 1964, he married Colleen Howard in Neillsville. They later divorced.  He retired, in 2008, from his employment with the Village of Spencer in the Public Works Department after 32 years of dedicated service.

He was a member of St. John’s Lutheran Church in Spencer and a previous member of the Jaycees and the Tri-County Antique Auto Club.

His hobbies included maintaining a meticulous lawn and yard, spending time working on his Oliver tractor, antiquing, biking around town and trips to Nashville or The Leinie Lodge with his special friend Sharon or maybe watching a Packer game and favorite player Aaron Rogers. Jerry was a car buff loving his ever-famous Chevy Monte Carlo pace car and Dodge Charger and Sunday NASCAR races. From 2000 to present when Jerry’s health no longer allowed him, he was the caretaker and sexton for the West Spencer Cemetery in the Town of Sherman.

Jerry will be forever remembered by his special friend of 30 years, Sharon Lloyd of Spencer; his children, Denise Karius of West Allis, Michelle (Ed) Wisnewski of Medford and Stephanie (Jason) Bauer of Spencer; his grandchildren, Jory (Jessica) Gennett, Ashley (Ben) Christian, Brian (Ashley) Bauer, Brandon (Claire) Wachholz and Brad (Kelly) Bauer and his great-grandchildren, Carly, Blake, Cora and Journey. He is further survived by his brothers, Ron (Teri) Marden of Kansas City and Randy Marden of Neillsville along with many other relatives and friends.

He was preceded in death by his parents, Glenn Marden and Anita Lulloff and his stepfather, Bob Lulloff.

Jerry’s arrangements are under the care of Life Tributes Funeral Home-Spencer. To share a memory or offer a condolence, please visit www.lifetributesfuneralhome.com