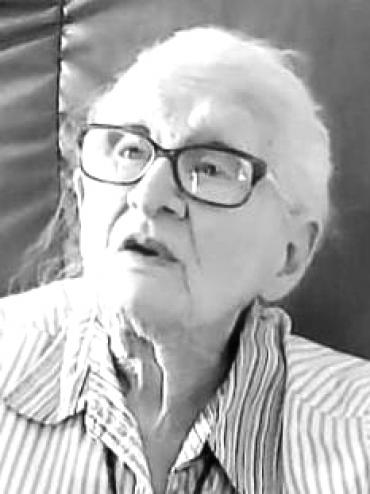 Annette Lydia Erfurth was born Sept. 7, 1923, in San Antonio, TX, the daughter of John and Clara (Grobe) Erfurth. She attended and graduated from San Antonio Vocational and Technical High School where she was an Honor Guard as a member of the Red Jackets. She then worked in the shoe department of Joskes Department Store in San Antonio and later in the shipping department at Kelly Air Force Base as a civilian employee during World War II. She met Dwayne Joseph Felser while he was at Fort Sam Houston Hospital in San Antonio, after a bout of malaria. They married March 23, 1945, and Annette and Dwayne moved to New Orleans, LA, for a short time before coming to Neillsville, where they lived the rest of their lives, except for May 1959 to September 1960 when they and their three young children lived in San Antonio.

While in Neillsville, Annette worked in the office at Svetlik’s Ford Garage and then mostly at home to raise their children. In 1956, they went into business with Clifford and Alice Gross and formed Fel-Gross Chevrolet, Inc. In 1957, Dwayne left that business and purchased the Cities Service Gas Station, which he operated until May 1959. He worked long hours, and Annette would often walk with their three young children across town to bring Dwayne his supper.

Annette was a member of the United Church of Christ in Neillsville, where she was a Sunday school teacher. She enjoyed working, extensively, on genealogy for both sides of the family long before the age of computers, and through the mail, she was able to trace her and Dwayne’s roots back several generations, as well as obtain many stories about family members. She was an avid reader and enjoyed doing crossword and word find puzzles, and she was a talented seamstress. Annette also enjoyed doing crafting projects and was always able to keep her children occupied with those projects. Most of all, though, she was a loving mother and grandmother and great-grandmother who always put other’s needs before hers.

She was preceded in death by her husband Dwayne; her parents; three brothers and their spouses, Kermit (Bernice) Erfurth, Elmer (Opal) Erfurth and Melvin “Bud” (Esther) Erfurth; a sister, Lucille (Carl) Janney and nieces and nephews.

A private graveside service for Annette will be held at a later date. Online condolences may be made at www.geschefh.com. The Gesche Funeral Home is assisting Annette’s family with funeral arrangements.